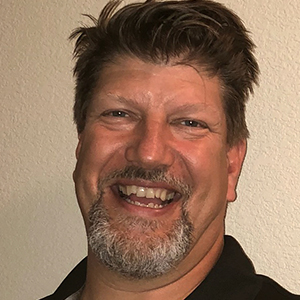 Matt Martin is a Retired USAF Major who as an Officer specialized in managing inspection teams, systems and process analysis, air traffic control and air space management over a 30 year career. Stationed in locations that included Colombia and Italy, Matt developed a deep appreciation for “The Beautiful Game” viewing the highest levels. In 2007, Matt, determined to take his passion to another level, enrolled in Sports Management WorldWide’s Soccer Operations and Scouting course. Upon completion he went to work for the course’s instructor, Derek Bragg, founder of The Scouting Network (TSN).

After a year as part of a large international scouting network, Matt was hired in 2008 by Jeff Agoos, then Technical Director for New York Red Bulls, to be part of a dedicated domestic scouting network spread across the US. This was one of, if not the first, such network in MLS. Over regular conference calls, the staff discussed top players scouted live and peer review allowed every scout to hear how players were performing in different regions. Regular reports were filed on line and advanced scouting reports were completed via Scout7’s platform. In 2010 more guidance regarding KPIs was provided and the team assembled as a group to share draft prep with the technical staff to take advantage of the group’s knowledge. After Jeff Agoos left Red Bull for MLS Headquarters in March 2011, Matt continued his work under Cris da Silva until August 2011.

At that time, Matt seized an opportunity for professional growth and accepted a role to work for Peter Vermes at Sporting Kansas City. Peter had the vision to not only take on the information gathered by the ambitious scout, but also imbed him in the team at every turn. The result was a scout who had a more tactile understanding of recruiting profiles and needs via an extra layer of Technical Staff immersion. The coaching staff, especially John Pascarella, who led SKC’s domestic scouting efforts, provided frequent guidance and key feedback from the reports and data received. In 2012, 5 more scouts were added to fill out the Scouting Staff including Scott Rezendes. US Open Cup and MLS Cup victories followed in 2012 and 2013 (respectively) and the staff developed regular processes and comprehensive preparation for the SuperDraft, while being exposed to an inside view of one of MLS’ most successful clubs.

After 3 and 1/2 successful seasons in Kansas City, (Aug 2011- Jan 2015) Matt possessed a desire to take on a leadership role in an MLS scouting department and a more aggressive move into the Youth levels prompted his next move. Matt accepted the role of Director of Domestic Scouting for Portland Timbers FC at the start of the 2015 MLS season. Caleb Porter and Gavin Wilkinson had a shared vision that included a scouting network Matt would manage. Expanded roles included full-time work as Advanced scouts for the 2015 and 2016 seasons and youth scouting working with Mike Smith and later Larry Sunderland.

An MLS Cup victory in 2015 rewarded an entire organization and more innovation followed. Ned Grabavoy would begin a new career guiding the entire staff as Head Scout and blending the input from all levels to meet the PTFC’s vision and methodology. Gavin Wilkinson supported a multi-level scouting and recruitment model that included not only youth scouting but recruitment of talent at the USSDA U19 level directly to the Timbers 2 squad to develop as pros outside the well worn collegiate paths. Additionally, analysis was conducted on which young college players could be prompted to “come out early” and begin their pro careers before a Senior year in college.

Matt continues to work on the concept of discovering talent for every path meaning that each club should have its own mix of Homegrown Youth Academy developed players, domestic and international players developed in the college ranks, whether 4 years or less, and young pros who fit the KPIs and profiles for the club.